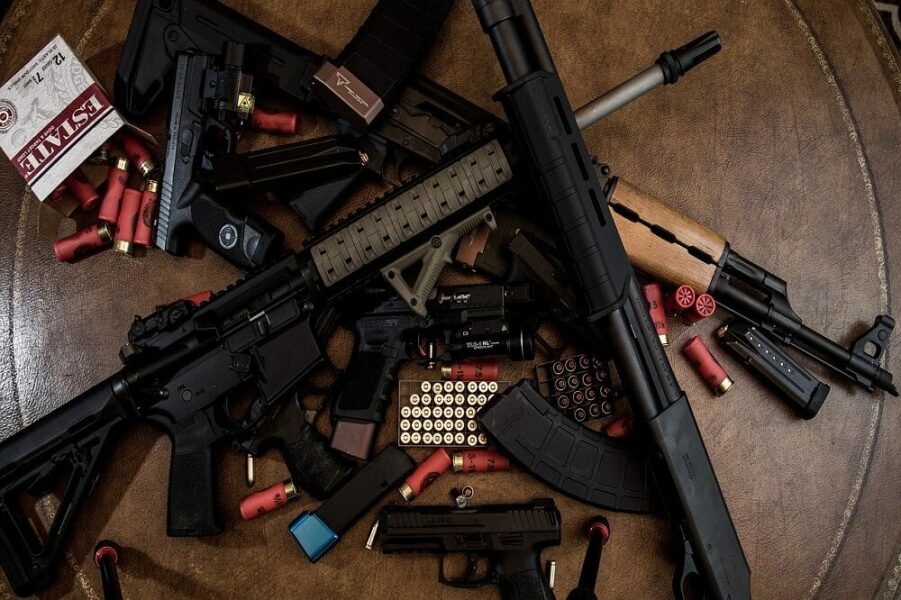 When it comes to guns, we all know that extra care should always be taken when you’re near a firearm. Obviously, we’re well aware that some people have a passion for shooting, whilst others fear or simply dislike guns and especially the noise they make. However, whether you’re a newbie or you have some experience, unless you come from the military, we’ve noticed some series of mistakes most people make when they start shooting.

Therefore, we have decided to dedicate this article to the four most important rules of gun safety – safe for yourself and those in your nearby surroundings. Let’s begin with the clear fact that guns, on their own aren’t necessarily dangerous. The danger usually lies in the person who is handling the object, as it is he or she that gives it life.

The four rules of gun safety were established after years of imprecise shooting and the loss of control over the gun itself. For this reason, the first and most important thing that one should do is to learn everything about your gun. Most guns, if not all, come with a user manual that explains everything one needs to know about the gun and in great detail.

If you, as a shooter wish to be an expert in shooting you must be well acquainted with your weapon. And to be honest, whether we like it or not, unless a video manual exists, we have all read the user’s manual of our gun at least five times. If you don’t, you risk mishandling the gun’s functions.

What Is The First Rule of Gun Safety?

The First Rule of Gun Safety is that you must treat all guns as if they are loaded! Those people, who simply take a gun and start shooting without taking the time to observe it first are either professionals or beginners. Whenever a person takes a gun, the first thing he should do is take a minute to observe the gun and to always expect it to be loaded.

Don’t just think that someone would hand you a gun which hasn’t been loaded, as this could lead to serious issues. Inspect the firearm and make sure it is safe prior to using it. Also, never take a gun, which you haven’t seen before and expect to know how to work it, don’t be too confident as this might also lead to issues. If you aren’t sure how to use a certain firearm, don’t be shy and ask the person who knows the gun as he will give you a safe and educational demonstration!

What Is The Second Rule of Gun Safety?

The Second Rule of Gun Safety is never point the gun at anything, which you wouldn’t want to destroy. Even if you believe that the gun isn’t loaded, remember that you aren’t Nostradamus and even he made mistakes with his predictions. It is always seriously advisable to not point the gun at people, especially the ones you love, as you wouldn’t want to hurt someone unintentionally. Before pointing the gun, you should consider the environment you are in and if you aren’t 100% sure it’s safe, you could always ask.

You must always remember it’s your responsibility to keep the gun pointed in a safe direction! And that doesn’t mean only when you’re shooting, it counts at any moment you are holding a firearm. Furthermore, if you are transporting a gun make sure the muzzle is directed upwards or downwards and that the gun is certainly not loaded, to avoid hurting yourself. If you aren’t sure what the rules are for transporting your firearm or the handling of the gun, simply ask!

What Is The Third Rule of Gun Safety?

The Third Rule of Gun Safety is to not put your finger on the trigger until you have a clear target and have made the decision to shoot! The trigger of the firearm is like the gas pedal of the car, you need to acquire discipline in order to use it properly and without mistakes. The trigger finger is the safety finger at the same time. When you take the firearm, your finger should be straight, and it should rest alongside the frame of the gun.

This rule prevents accidental discharges, meaning the accidental firing of the gun. During all actions except from pulling the trigger, the finger should not be near the trigger. (For example: picking up, loading, reloading, unloading, fixing malfunctions, etc.) Put your finger on the trigger when you have set your eyes on the target and are ready to shoot, not prior to that!

We understand that we all have a tendency to put our finger on the trigger, however if you pay attention and don’t do so, you have a lesser chance of misfire.

What Is The Fourth Rule of Gun Safety?

The Fourth Rule of Gun Safety is to be sure of your target and what lies beyond it. In case you have forgotten, bullets are extremely powerful and have the ability to travel long distances. The possibility of targeting one spot and hitting another is extremely big and the outcome could prove to be disastrous. Always remember that you are responsible for every bullet that leaves your gun. Therefore, you should always make sure that there is no one downrange and headed there. Surely, the eye-range is subjective, therefore consider everything you can see and some area beyond your range. You should also consider the fact

that your bullet might be fired to the left, right or above your target, despite your intentions. Make sure there is no human or animal in the near trajectory of your target to avoid causing harm. In case you’re using the gun for self-defense, you should also pay attention and consider the surroundings. The closer you are to the target, the more likely you are to hit it.

The Four Rules of Gun Safety Sum Up

If you are a person who has never used a gun before, our advice would be to take a lesson or two on shooting to gain confidence. Always take additional care when handling a firearm, as you want your experience to be as comfortable as possible. Also, we would advise you to learn these four extremely important rules, as well as possible and remember them during your firearm journey!