Pemmican – How To Make It And More 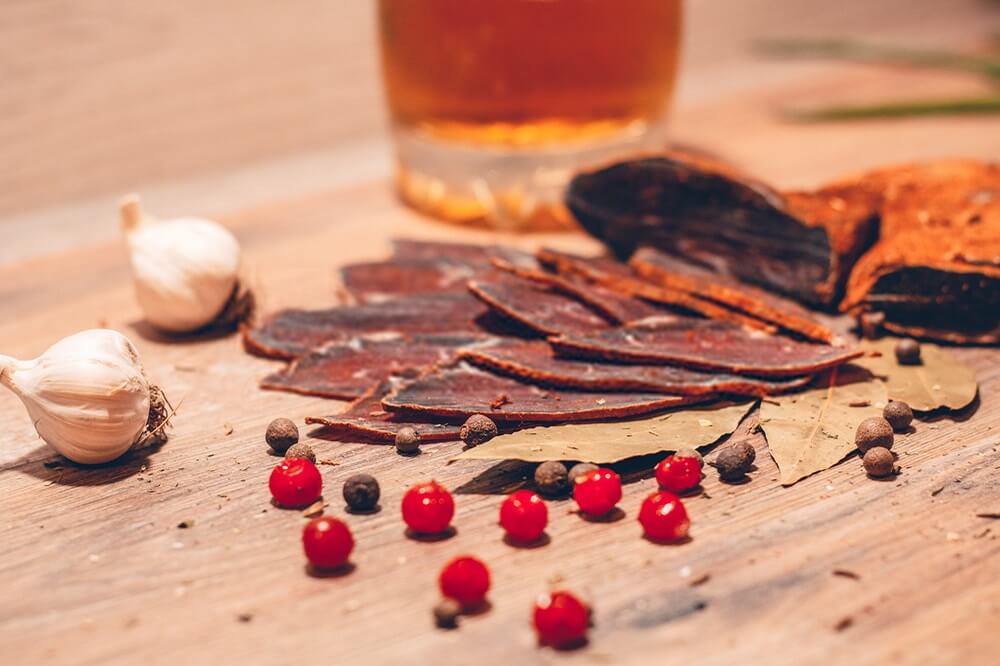 Pemmican is a dry food that has been made from animal meat. Some people liken it to jerky. However, it’s not like jerky in that the meat has been ground down into smaller pieces before it is dried. It is then mixed with fat too.

Sometimes dried fruit can be added to the Pemmican, but historically this was used for special occasions and not as sustenance during long journeys. Our modern palates will enjoy the sweetness of the fruit much more, but I prefer it without. Pemmican is a very functional food and not something I would suggest feeding your guests at a dinner party.

Why Do Survivalists Love Pemmican?

Survivalists love Pemmican because it’s brilliant survival food. It’s been used throughout history by people traveling long distances. It’s a super easy recipe to prepare for your survival kit at home as long as you have a good heat source for the drying and melting process. Pemmican is also a recipe you can make if you are out in the woods in survival situations. It’s so much quicker and easier to make than cured meats and will require a lot less equipment than making smoked meat.

Many survivalists prefer jerky as their go-to food, but Pemmican is a much better energy source. The protein contained in jerky won’t sustain you for very long, but the addition of fat in Pemmican will provide your body with what it needs for more extended periods.

Pemmican is super light and easy to carry, making it an ideal food for stockpiling. Even though it’s relatively small, those little morsels of meat give a lot of calories. Of course, it’s not the only food you’ll have to consume to survive. It lacks some vital vitamins you need for survival, so you will need to supplement your diet with other food to make up for it.

How Long Will Pemmican Last?

Pemmican doesn’t need to be refrigerated and can last up to ten years when stored properly. You still have to keep it relatively cool and protected from other elements, though. If you choose to freeze the Pemmican, it will last you for fifty years or more. The basic recipe is very stable as a protein and a rendered fat, meaning it is resistant to oxidation and it won’t rot.

How To Make Pemmican – Our Favorite Recipe

There are only a few ingredients involved in making Pemmican, which you can see below.

You want to get meat from a large animal because these will work best. Try to opt for beef, moose, or venison. The meat also should be as lean as you can get it.

If you are a hunter, you can use the fat from the animal you got the meat from. Otherwise, opt for some beef suet. Beef that has been grass-fed will produce fat that is much healthier than fat that comes from other cattle. Kidney used to be the traditional ingredient, but any fat you want to use will do just fine.

Some people use plant oils like coconut oil as a healthier option. If you decide to do this, the Pemmican won’t be as solid as using animal fat when stored at room temperature. You don’t want to use oils that have a liquid form at normal temperatures.

The two main ingredients of Pemmican are meat and fat, but you can add some extras if you want to. Dried fruit is a traditional addition to Pemmican, but you could also experiment with chocolate, honey, and nuts. An Almond meal is also a good option for firming up the meat. Remember that if you use anything with sugar, it may reduce how long your Pemmican lasts. You can also season Pemmican using salt and pepper the same as you would a joint of roast beef.

Pemmican isn’t the nicest tasting food, but with the almost endless expiration date and the straightforward recipe, it’s still good to use today. It’s a survival food that is as effective now as it was to travelers in the Arctic.