How To Best Protect Your Ears During Target Practice Shooting 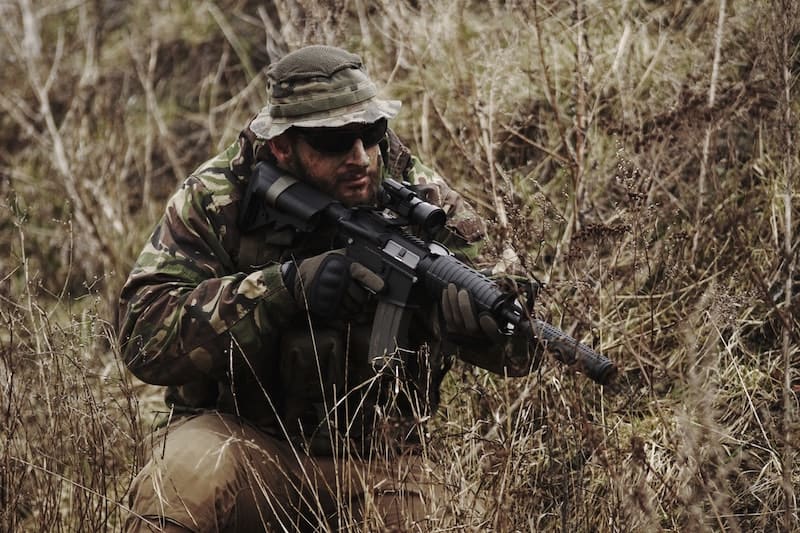 As the industrial age hit mankind, a different kind of pollution started to permanently damage most people exposed to it. That pollution is noise, and there are hundreds of different sources that surround us daily everywhere we go.

In the past few decades, there have been a lot of new laws that regulate how loud many machines, vehicles, tools, and music venues can be. This has helped to preserve the hearing of millions of people that work, live, or play in loud places. Where the noise is impossible to be turned down, the Occupational Safety and Health Administration has mandated the use of ear protection. This has gone a long way towards making sure many retired workers can still hear well into old age.

One serious source of exceptionally loud noise is the firing of guns and rifles. When it comes to actual use, in situations like self-defense, the short-term limited exposure to gunshots isn’t a major factor. However, the thousands of shots people take at the gun range during practice are of major concern.

Many pistols, for instance, are so loud that just one magazine can cause immediate temporary hearing loss and possible long-term problems as well. Researchers believe that the damage to the ear is cumulative over time, the more exposure to loud noises in your lifetime, the more likely you are to experience deafness. Here are some of the best solutions for protecting your hearing during shooting practice.

During Most Shooting Practices, You Don’t Need To Hear Anything

When you start to look at the various types of ear protection for shooters, there are a few questions that you’ll need to answer about how they are going to be used. In most cases, there is a trade-off between how much noise a set of earmuffs will block out and how well you’ll be able to hear your friends when they are speaking. The higher quality and most expensive will allow a certain amount of talking to be heard and limit the most of each gunshot at the same time.

However, if you’re going to an indoor range, being inside will make everything much louder, and in most cases, you won’t need to listen to or hear anyone. In that case, you should use the least expensive ear muff type loss protection devices that block out the most noise possible.

On the other hand, if you’re going deer hunting using a rifle outdoors, you can safely choose a pair of earplugs that still allow conversations with your hunting partners and protect your ears at the same time. Rifles never make as much noise as pistols because of the longer barrels, plus, you shouldn’t be taking 50 shots at a deer or any animal in the wild.

If You Do A Lot Of Pistol Practice Indoors, You Should Double Up On Protection For Your Ears

Since researchers have determined that any noise above 140 dB can cause permanent hearing loss, even in small doses, it’s extremely important to keep your noise level below that number. The problem is many pistols, like common 9 mm semi-autos, routinely produce levels of 160 dB and above, especially at indoor ranges. A file will usually be quieter at about 155 dB for a 30.06 or .223 AR-15. These can all cause nerve damage in the ear if too many shots are taken, even over a period of time.

Most earplugs and earmuffs are rated by the number of decibels they reduce the noise, given as NRR or noise reduction rating. The goal, first of all, is any reduction below the raw power of the gun, and second of all, to get as far below 120 dB as possible. If you add together earplugs and earmuffs, you can achieve that and really feel good about protecting your hearing.

Remember, inside target practice is the worst, especially with low ceilings and short-barreled high-powered pistols. The more shots you take will also be a factor, one or two in an emergency may be worth the risk, but 50 shots just practicing is not a good trade-off. It is estimated that up to 15% of all Americans between the age of 20 and 70 are already experiencing hearing loss.

What these earmuffs do is muffle as much the sound possible, and then they have microphones powered by batteries so that you can also hear those talking around you. They may muffle by blocking about 30 dB of sound, but then you’d never be able to hear anyone talk to get instructions.

So what they do is actively listen with their microphones and amplify the sound into the earmuffs for easy listening. When there is a shot, they automatically turn off and block as much sound as they are rated for, then turn back on the microphones immediately after.

Various other options may or may not be useful to many users. Some of the best shooting earmuffs will also have a plug so the listener can attach an MP3 player, walkie-talkie, or radio scanner, depending on the need. Look for automatic shut-off features if you are prone to taking off your earmuffs and forgetting to turn off the switch.

Some earmuffs come in a foldable style, which can be extremely helpful if you have to remove your muffs. Then you can take them off, fold them up, but have them ready to put back on again in mere seconds. Look for the word telescoping, indicating that the earmuffs can be lengthened on each side to fit your head. They must cover your ears to be effective and provide the needed DB NRR rating.

When choosing your shooting earmuffs or earplugs, it’s a good idea to read online reviews of all the brands that meet your level of noise reduction. That way, you can get a good idea of how well they fit, how well they reduce noise and other features that may be important to you as well.

I really hope this article gave you a better idea of how important ear protection is when to double up on it, and, at a later stage, I’ll share my findings of what are the best products to protect your ears during target practice, especially when shooting indoors.

If you find this article useful or have any questions or concerns, please drop me a line in the comments below, and I’ll respond as soon as I can!