How To Survive A Nuclear Blast? 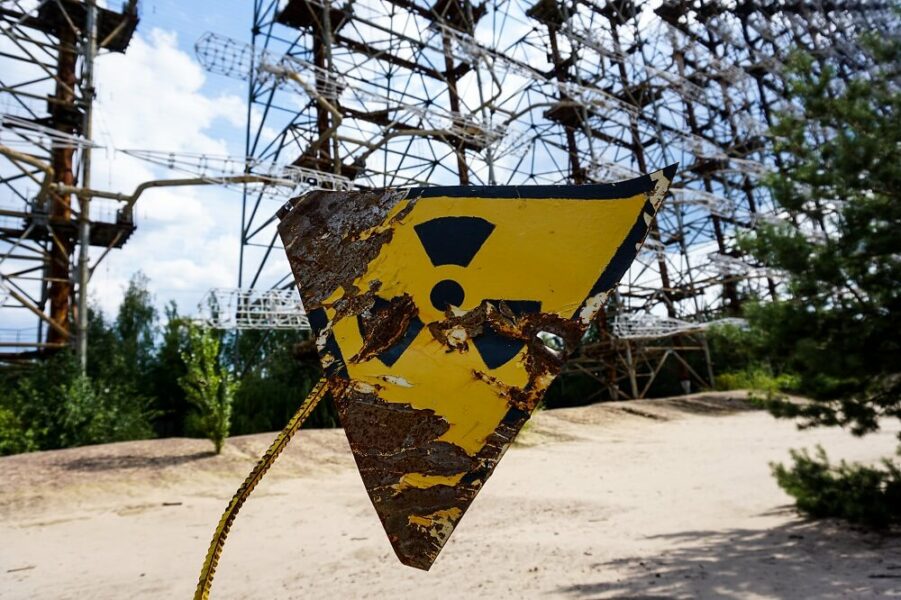 The inevitable has happened. A country with nuclear weapons has pressed the button and the bright white light of a nuclear explosion has been seen. How do you survive this nuclear attack? If you survive the initial explosion, well done. But the struggle isn’t nearly over. Here we are looking at how you can survive a nuclear war from day one. You never know when a country like North Korea might deploy a nuclear weapon, so it’s important to find shelter from the attack and reduce your exposure to radiation immediately.

It’s more than likely that you won’t be able to stay in your own building when a national crisis like a nuclear bomb being dropped happens. If you see the mushroom cloud that means a nuclear explosion has happened, there’s a general rule you can use to determine whether you need must evacuate your building or not.

Shut one of your eyes, raise your thumb up the mushroom cloud and look. If the cloud is larger than your thumb then you are in the nuclear fallout zone, meaning you are exposed to radiation and need to seek some type of new shelters.

After a nuclear detonation blast you have only 10-15 minutes to find somewhere safe for habitation. If you are a survivalist, you may already have somewhere that has enough food and water stocked that will get you through a couple of days. Radioactive fallout moves incredibly quickly and the shock wave and radiation travels long distances, which is why shelters are essential in this situation.

You want to be as far down under the ground as possible as radiation can’t travel through the earth as well as it can through the air. If you can’t find anywhere underground for shelter, you need to head into the centre of a solid building. Once inside shut off any air conditioning or ventilation systems that will stop contaminated air from getting in. You should also seal the area around doors and windows and stop this as well.

Something that a lot of people think is a good idea is heading for their car or vehicle and then drive away from the area. This is the worst idea a person could have. There is no chance you will reach a distance that is far enough away from the bomb that could be in any way protected or safe.

Instead, find a building that will be a suitable shelter instead. You should always move on a route that is perpendicular away from the fallout but you must try and reach a shelter before this point so you limit the exposure you are having outdoors in the deadly fallout.

There are Three Key Rules For Seeking Out The Perfect Blast Shelter:

You want as much distance between where the nuclear weapon has fallen and your shelter. Going underground in your home or in an office building basement will offer a lot more shelter from radioactive fallout than the first floor of any building will.

What materials surround you in your shelters building? You want as much stuff between you and the nuclear fallout particles as possible, such as thick walls, bricks, concrete, earth, even books. Anything will greatly decrease your risk of exposure.

The fallout from a nuclear detonation is very intense to start off with, but the effects from the blast tend to wear off pretty quickly. You should be able to leave the shelter you are in after a while. It’s the bomb’s fallout that is the biggest threat for your survival within the first two weeks. After these weeks are up, the radiation declines to about 1% of what it was originally at the time of the blast.

Once you have found an appropriate shelter using the tips above, you need to clean off any radioactive materials that could have settled on your skin after the blast. Anyone who has been outside should remove their clothes, place them in plastic bags and place those bags as far away as possible from the shelter.

If you have enough water available in your radiation shelter, wash yourself with a lot of soap. Remember to blow your nose, clean out your ears and wipe your eyes too. You don’t want any radioactive materials from the blast settling on your skin.

The First Day – Finding Supplies And Settling In

Once you have found an appropriate shelter and removed as much contamination as you can, you need to know how to prepare for the long haul. You will have to remain in your shelter for at least a day because of staying away from the radiation. Depending on the radiation levels where your shelter is, you could be there for much longer.

Some of the nuclear weapons North Korea have in their armoury menu could keep you underground for a number of months thanks to the level of kilotons they have. Levels of radiation are monitored by emergency services. Once you have the all clear to leave, these are the people that will tell you.

So if you are there for a long stay, of course you’ll need survival supplies like food and water. Bottled water is best to keep in a blast shelter but if you don’t have any of that available, you’ll have to find it somewhere else. Your common household tap water will be contaminated. Instead you will have to find water that has had no exposure to radiation from deep wells, covered reservoirs or storage tanks.

What food will be on the menu after the blast? Fresh fruit and vegetables are probably a thing of the past as you turn to non-perishable tinned food to get you through. It’s important to keep in mind that it’s impossible to get rid of any sort of radioactive elements off anything. This isn’t like bacteria where you can clean it with disinfectant or heat.

TV services will probably have gone down by now after the first few hours, but it’s important to find some sort of radio so you can listen in to the emergency updates. These will tell you when it is safe to leave and go back above ground. A hand crank radio is the best choice here because batteries run out and after a blast the power will be going in and out constantly. Assign someone to be in charge of listening to a radio at all times. There should be constant updates on where is safe to be, where is becoming a no-go zone, what to do next and when you can leave your respective shelters.

So you’ve set up your base, but you’ve started to feel incredibly tired and quiet nauseous too. These are both signs of acute radiation sickness, which is something that must be treated as soon as possible. What’s on the menu for this type of illness? Potassium Iodide should be in your shelter’s first aid kit. This is the most common way of treating this sickness.

Symptoms usually last between a few days and a few weeks. If you or someone you know starts to experience seizures, falls unconscious or starts vomiting within hours of the blast, they need medical attention from a professional immediately. This is a life threatening case which should be treated as an emergency.

The First Week After The Blast And Beyond

You’ve got a shelter that is well supplied, so now what is there to do? Wait. Supplies that you have need to last a while and should be rationed closely to avoid running out. If you need to do a supply run, you have to ensure that any foodstuffs you collect have not come into any contact with the nuclear particles.

Don’t touch fresh produce out in the open. Go for canned and packaged products that are close by so you don’t need to be outside for a long time. They may not be the tastiest thing on the menu, but they will get the job done for now.

Listening to the radio regularly will keep you in touch with what’s going on in the news and what the government is doing to battle the atomic missile blast. If you are with a group it’s important to keep morale up too. It’s very common to go into a state of shock after this kind of trauma, so some people may have completely forgotten what happened.

Once the first day has passed any fallout within your city should have reduced by about 80%. This means that most of the damage has already been done, but you still need protection from the air as it’s full of radioactive particles. Unless you are told otherwise, stay inside. Eventually emergency responders will let you know it’s time to leave at which point you can stop sheltering and try to return home.

Hopefully none of this information will be of any use to you but we’ve all seen in cases like Hiroshima that things like this can happen, and can affect a country for years after the event too. It’s always better to be safe than sorry, so keep those survival kits stocked and make sure you know what to do right away if war does break out.

Can You Survive A Nuclear Blast In A Fridge?

If you are close enough to the detonation of a radioactive device then a fridge certainly won’t protect you from the blast. The explosion has a huge radius, and if the initial explosion doesn’t kill you the fireball that comes afterwards will melt the fridge and take all of the oxygen from the air, killing you almost instantly.

How Far Underground Do You Have To Be To Live Through A Nuclear Explosion?

This all depends on how big the bomb is. A bunker built five feet under the ground with concrete reinforcements would do the trick nicely, but it would need the concrete in order to protect you. It’s safe to say you want to be pretty deep underground in the event of a radioactive explosion.

What Will Happen If A Nuclear Bomb Detonates?

Many people think that if a radioactive bomb detonates, it will wipe out the world. Whilst it’s true that blasts such as this will cause a huge loss of life and a lot of destruction, this damage will be focused on a certain area. Once it hits a fireball is produced, which often mushrooms up into the sky. For years after you have to deal with the radiation from the bomb, which can have a massive impact on both people and agriculture in a country.

How To Survive An Earthquake?

How To Survive A School Shooting?